You’ve probably heard many hair loss stories—maybe you have even told one yourself—but do you know the history of hair replacement surgery? Hair replacement in Greensboro, NC and the world has a history that spans more than 180 years—let’s take a look!

Wurzburg, Germany, 1822: The first successful human hair transplant to treat baldness is put into written record and published. It was an experimental surgery by surgeon Professor Dom Unger in which hair from one area of the patient’s scalp was transplanted to a hairless area. The following decades yielded a few other mentions of hair transplantation in surgical literature, although not many included Professor Unger’s techniques to treat inherited pattern baldness.

The late 19th century saw the first surgical procedures specifically for the treatment of traumatic alopecia, which is baldness caused by physical injury, like burns. Hair-bearing skin flaps and skin grafts were attempted.

Male pattern baldness in the 19th century caught the attention of “medicine men.” These medicine men travelled around advertising, selling a variety of concoctions and nostrums labeled as baldness cures for men. The user was told to rub it on their scalp or sip it straight from the bottle if they wanted their hair to grow back.

The development of modern surgical techniques

Japan in the 1930s and 1940s: This time period was the birth of modern hair transplantation techniques. Dr. S. Okuda, a Japanese dermatologist, moved forward using full thickness grafts of skin with hair from other hair-bearing areas to apply to men’s scalps, eyebrows and upper lips. In the United States in 1959, surgeons reported nearly the same transplant success as Dr. Okuda had described 20 years earlier.

When it started being used as a treatment for medical conditions

Hair transplanting as a treatment for androgenetic alopecia began taking shape in 1959. It originated in a paper by Dr. Norman Orentreich presenting a hair transplantation technique that would focus on hair donors and hair recipients.

The beginning of modern hair transplantation

By the time the 1950s and 1960s rolled around, researched had shown that male pattern baldness was an inherited condition and could be treated by hair transplantation. The theory that baldness was caused by muscle movement weakening hair follicles was discredited.

What hair transplantation is today

Hair transplantation has been well received over the years, and advances in the scientific and technical fields have given hair restoration surgeons the ability to improve upon existing techniques. Men and women suffering from baldness or thinning hair should talk to a hair loss professional to learn about the best hair restoration option for them.

At Raveen Hair Replacement, we offer clients the opportunity to avoid having to undergo invasive surgery in an attempt to restore their hair. We are proud of using our non-surgical approach and methods to help others combat hair loss. Call us today to schedule a free private consultation to discuss your options for hair loss treatment and hair replacement in Greensboro, NC!

Make Us Your First Choice for Hair Loss Treatment

Whether you’re ready to explore your hair replacement options or want to try out a new style, Raveen Hair Replacement is here to help you achieve the look you deserve. 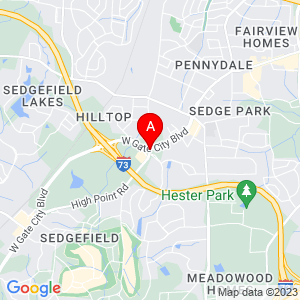